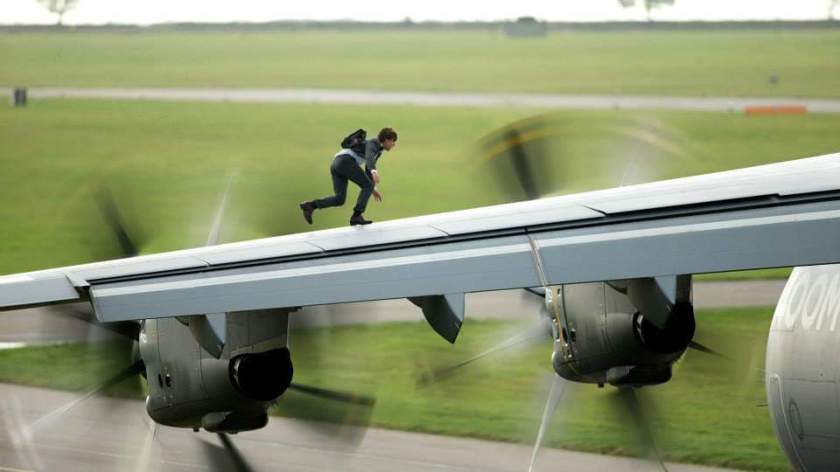 The M:I series has always prided itself on staying fresh. Well… Tonally fresh at least, story wise not so much(a mission pops up, usually involving a corrupt agent, that seems impossible, Tom Cruise disproves it and runs alot). The secret to this is time (5 movies in 19 years isn’t exactly a voracious output) and variety in directors. Each different director has come along with a different vision to keep the franchise interesting. We’ve had Brian De Palma’s tricksy Hitchcockian one, John Woo’s cheesy, romantic, gun-fighty one, JJ Abrams’ sweaty tense one and Brad Bird’s fun, rollercoastery one.
So what does new director Christopher McQuarrie bring to the game.
Simply nothing more than a fucking great movie.
On first glance, McQuarrie seemed rather a low key choice but a quick flick through his CV proves he’s actually perfect. Being the scripter of The Usual Suspects he knows outlandish plot twists and a duplicitous team dynamic pretty well. Having directed the criminally underseen The Way Of The Gun, he proved he can handle extended complicated action scenes (it’s climatic gun fight is intense joy, you really should check it out). And finally, the twin projects of directing Jack Reacher and script polishing on Edge Of Tomorrow proves that, most importantly, he can handle Tom Cruise.

Ah, yes. The Cruise. Here on top plane-hanging form, the only way he’s gonna top himself now is surely to free-fall from space with no oxygen, disarming a bomb in the shape of a Chinese finger trap. As super-tense and inhumanly charismatic as ever he’s made an interesting choice here. He’s not actually the main focus of the plot here.
No, in a wise Mad Max: Fury Road style wrinkle, the character who galvanizes and drives the whole plot is actually Ilsa, a cracking new character fantastically played by Rebecca Ferguson. An agent every bit Ethan Hunt’s equal, you, like the rest of the cast, are never sure whose side she’s actually on. Is she helping Ethan for the greater good? Or is she playing him for her own ends? Or is she working for shadowy, evil inc organization, The Syndicate? Or is she still employed by the British government? Or none of them? Or all of them? She flips more times than a hyperactive pancake maker and it’s hella fun. Plus, 5 movies in, we’ve seen Cruise and to a lesser extent Ving Rhames (who at this point really should enlist into the IMF diet plan) pull this shit 5 times, comedy relief extraordinaire Simon Pegg is on his 3rd mission and stressed liason Jeremy Renner’s done 2 so she really does keep things from going stale.
Plane-hanging aside (which comes and goes pretty quickly in the film) the set pieces are, of course excellent, choosing to go down the more M:I 1 route of Alfred Hitchcock’s style of piling on the complicated tension and cinematic trickery. A scene involving Hunt scrambling through an theatre’s back stages trying to stop an assassination only to find there are not one but 3 assassins all ordered to fire on the sound of a certain note is straight up fucking sublime, a sequence of pure cinema set to Nessun Dorma (yes, THAT note) that is both unbearably tense and wonderfully exhilarating. Tense is a word that also applies to another set piece involving key cards, a database and a dick-load of water that amounts to Hunt having to navigate a giant washing machine style, drown-nasium. How long can YOU hold your breath?
Any problems the film has are slight. Sean Harris’ breathy villain is slight (a continuing bug bear of the series) and almost verging on self parody. And some (not me) might gripe that the action burns itself out before the end. 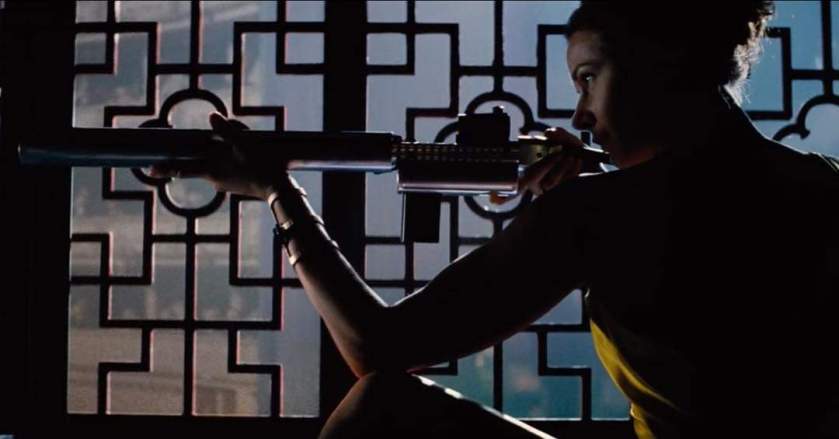 No giant robot car parks or motorcycle jousting here, just tense gambits and large scale bait and switches. And all set to one of the greatest themes in history.
M:I 5 is undoubtedly yet another high point in a series where everyone seems to have a different favorite (which is never M:I 2, sorry Woo). Personally I still gotta go with the dizzy glee of the 4th installment but don’t let that take away of the majesty of this film. Take note Terminator: Genisys, THIS is how you do a part 5.
Light the fuse.
Accept the mission.
Watch the film.
🌟🌟🌟🌟