After the insipid Child’s Play 3 nearly beached the killer doll franchise like a whale with fatally low self esteem, the filmmakers behind Chucky’s newest onscreen rampage rightfully deduced that a change in direction was utterly necessary.
However, no one could have foresaw how straight up fucking batshit Bride Of Chucky’s violent handbrake turn was going to be.
Tiffany (the uproariously vampy Jennifer Tilly) is a psychotic serial killer star fucker and ex-girlfriend of one Charles Lee Ray – these days known as Chucky the killer doll. Stealing and murdering the sliced up remains of her soul-transfered, ex-beau from a police lock up, she stitches him back together and with a copy of Voodoo For Dummies, tries to hot wire his dormant soul back into being. This works only for the two to instantly fall out and ends up with Tiffany dead and her soul also trapped in a doll (apparently voodoo is very big on unsubtle irony), and so a road trip ensues as the two psychopathic playthings hitch a ride cross country to the grave of Chucky’s human form to fetch a voodoo dohicky with an unaware young, loved up couple on the run from the parental figures who would keep them apart.
The inexorable plod toward comedy is always a danger for popular characters in a horror franchise where familiarity usually breeds contempt (The Nightmare On Elm Street series is the most obvious example of a terrifying bogeyman eventually becoming as threatening as James Corden through the sheer weight of wisecracks and knowing humor), sometimes it works and you get an exhilarating, chucklesome, pitch black comedy horror and sometimes you get Freddy’s Dead… 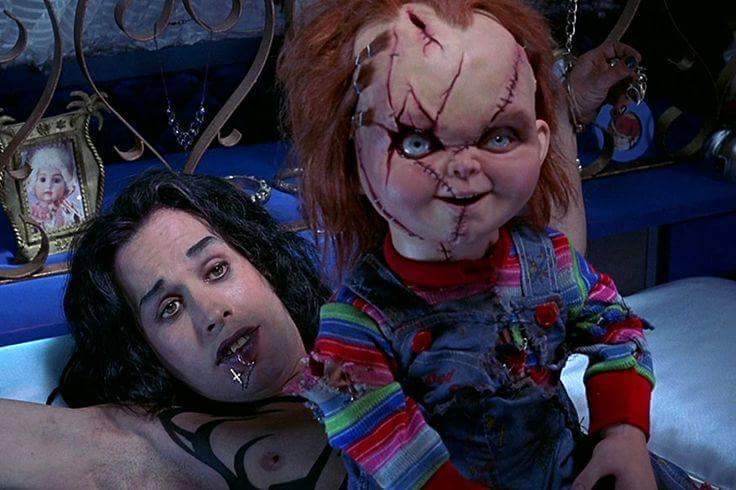 Well thanks to a gleefully mischievous script by Don Mancini, gorgeous direction by Ronny Yu (The Bride With The White Hair) and a go for broke performance by Jennifer Tilly, Bride Of Chucky proves to actually be a breath of fresh air for the ailing franchice.
Loaded with killer dialogue – “If it were a movie, it would take three or four sequels just to do it justice!” states a glib Chuckster trying to explain away his origin – ,surprisingly fleshed out characters (featuring a pre Knocked Up Katherine Heigl) and some energetic kill scenes it’s amazing how engrossing this movie is for a part four.
A lot can be attributed to Hong Kong director Yu’s marvelous visual eye but it’s Tilly who really makes the film soar, who makes the mental-as-a-bag-of-cats Tiffany a legitimately sweet (if severely damaged) soul. “I’ll kill anybody, but I’ll only sleep with someone I love.” She purrs and her and the always magnificent Brad Dourif make a great double act as the deranged power couple when they are both in doll form. In fact it’s a testament to Tilly’s performance that once she’s replaced by a 3 foot dolly version of herself, she still carries the momentum of her performance even though it’s strictly voice only.
Any issues with a film this bonkers are mostly circumstantial, although Child’s Play purists may rankle at the more playful tone and the graveyard set climax is oddly bland for a film that has consistently been enjoyably outrageous throughout it’s run time and feels like the script simply ran out of steam while approaching the final hurdle. 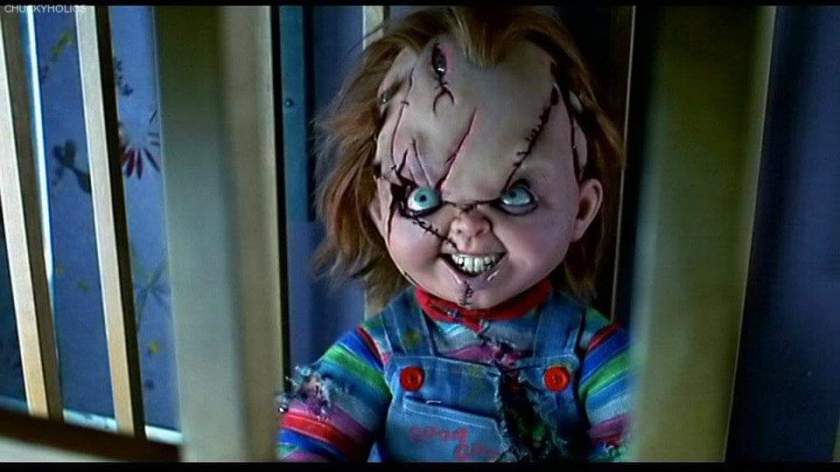 But ultimately, Bride Of Chucky’s many quirks should be celebrated as it’s unabashed, full on crazy mood is way too much fun to ignore.
Chucky and Tiffany prove to be a double date worth taking a stab at.
🌟🌟🌟🌟