The relevance of Hollywood’s insistence on unnecessary remakes is not an issue I’m going to pursue here. Other (and better) writers have beaten this dead horse until they’re blue in the face, or until Hollywood simply just revamps the horse. Whichever comes first. The cruel, unchanging fact is that Hollywood simply isn’t gonna stop so I might as well watch them so you don’t have to.
It not so much that the Point Break remake (hey! it rhymes!) is awful (it is. it really, really is), it’s that like Robocop and Total Recall before it, it’s an exercise SO UNNECESSARY that it beggars belief.
Any film of that ilk, to remain popular to the point that it “deserves” a remake, usually has a personality and a charm that has endeared it to it’s generations of diehard fans and protects it from dating horribly. The fact that it’s the personality and charm that is first to go while the remake rambles on through it’s own story is stark proof that it should never have been attempted in the first place and the resulting movie is what an alzheimers sufferer must feel like when experiencing foggy and confusing deja vu. 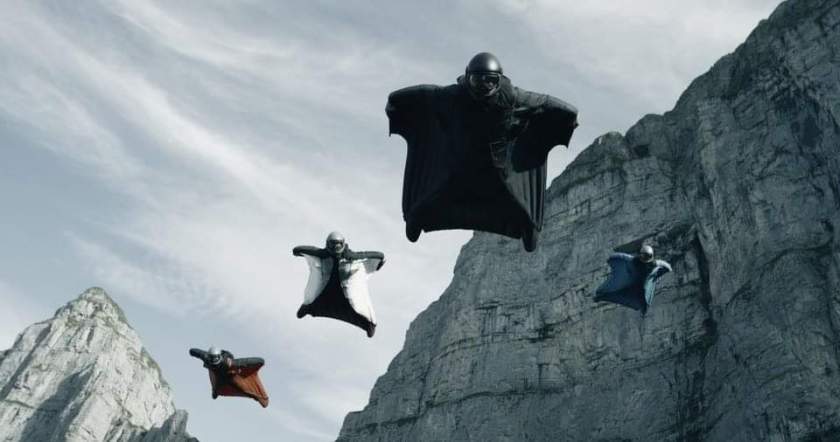 The cast is pretty, shit and pretty shit. Not awesome, cheesy, early Keanu Reeves “dude” shit. Just plain old regular shit. Even stalwarts like Delroy Lindo (where the fuck has HE been?) and Ray Winstone look painfully bored: the latter especially looks like he’s suffering the most excruciating free holiday to an exotic country he’s ever had.
The stunts, while certainly impressively mounted, actually don’t look that more gnarly than a Red Bull Promotion on the Dave channel and lack any noticable drama (say what you will about Transformers 3, at least their wingsuit scene had fucking spaceships in it).
The dialogue would be cringe inducing if it wasn’t garbled by impenetrable European accents and the last time I saw this amount of questionable ratty tattoos in one place, I was at the Reading Festival and at least that had better music and cheap booze.
Every time the film hues close enough to the original, it feels like a knife forged of pure indifference stuck right in the guts, a chief example being an inevitable redux of Keanu’s ludicrous point-gun-at-sky-and-scream-while-shooting which isn’t earned in the slightest and therefore comes off as the other kind of ludicrous, y’know, the BAD kind.
How movie executives thought these guys could match Reeves and Swayze (or even Gary Busey for that matter) is baffling, especially in scenes like the climax where Bodie and Utah are in a rickety fishing boat getting tossed around the biggest storm in history and have a casual chat without once losing their fucking balance… You get the idea. I’m done.

I don’t even have the energy to come up with a witticism at the end.
Pointless Break?
Yeah, fuck it. That’ll do.
Peace out brah.
🌟