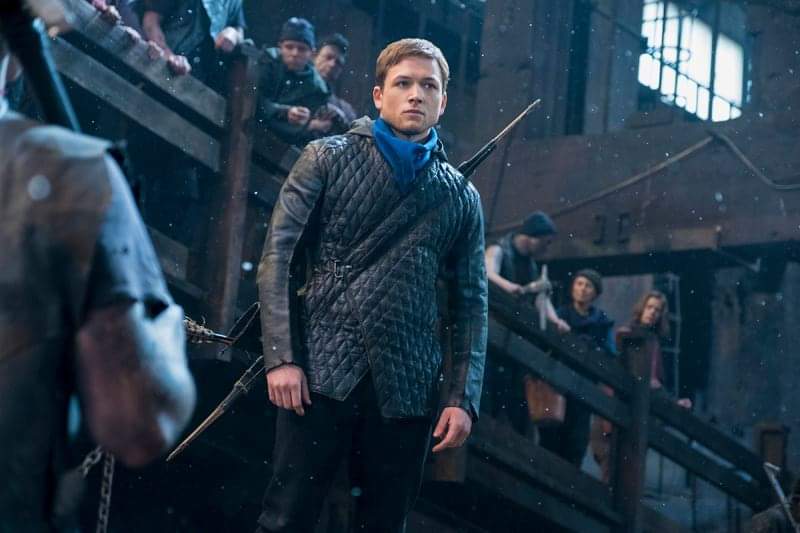 *Long exasperated sigh* Yes… it’s another Robin Hood movie. Another attempt to “reinvigorate the legend” or “refresh the brand” or whatever dime-store hype phrase the marketing people have thought up to claim this film succeeds where others have failed.
Well lets start with the good news first shall we? This newest crack at British folklore hero is definately better than Guy Ritchie’s cackhanded King Arthur attempt and it’s certainly a more funky step up from Ridley Scott’s dour Robin Hood movie from years earlier. In fact, for all it’s faults (I’ll get to those in a minute) the film, taken on purely a casual level, is actually sort of fun. Not a HUGE amount of fun, think… Lethal Weapon 3 kinda fun. Good bits, bad bits, stuff inbetween.
Stylistically plonking itself somewhere south of A Knight’s Tale in terms of a post-modern view of the middle-ages (the Crusades are thrillingly reduxed as Black Hawk Down with arrows) and an attempted sense of broad darring-do via The Mask Of Zorro, what Robin Hood’s makers REALLY want it to be is Chris Nolan’s Dark Knight trilogy. It’s painfully obvious too, right down to the late in the day “Two-Facing” of a previously good character for a galling set up to a sequel that’s probably never gonna come. Heaping on a metric ton of modern day horrors onto its swashbuckling frame (corrupt politicians, duplicitous clergy, lots of riots in the streets, civil unrest and more War On Terror references than you can shake a 9/11 at), the movie has a lot to say, but doesn’t do it in a way that will make you care. 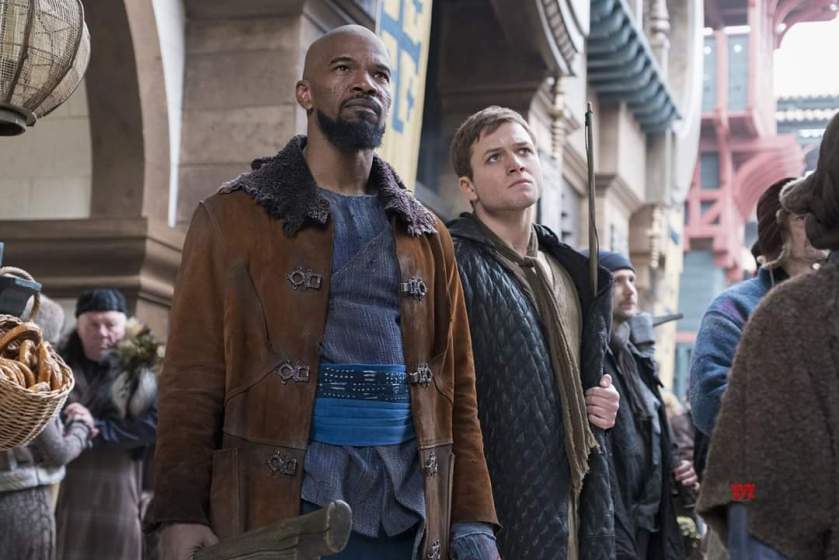 Sure, the action’s spunky (phrasing!) but pouring a lot of preticent social ills into your action movie isn’t automatically going to make your film any better, it still has to stand on it’s own two feet and it’s here that Robin fails to prove to be anything special.
Despite the casting being amusingly left-field (Jamie Foxx as Little John, Tim Minchin as Friar Tuck, Bono’s daughter as Marion) no one really registers much. Taron Egerton is perfectly acceptable bringing heroism and athletic prowess to the title role but it’s nowhere as memorable as Eggsy from Kingsman, plus maybe it’s because he’s bagged so many villain roles in a row but the usually magnificent Ben Mendleson as the Sheriff Of Nottingham rants and rages in his nifty Hugo Boss style medieval leather jacket, but never truly connects.
So once again the champion of the Robin Hood adaptation is split with a joint first place between Errol Flynn’s version and Alan Rickman hissing his way through Prince Of Thieves (with Disney’s animated effort coming third for those keeping score). 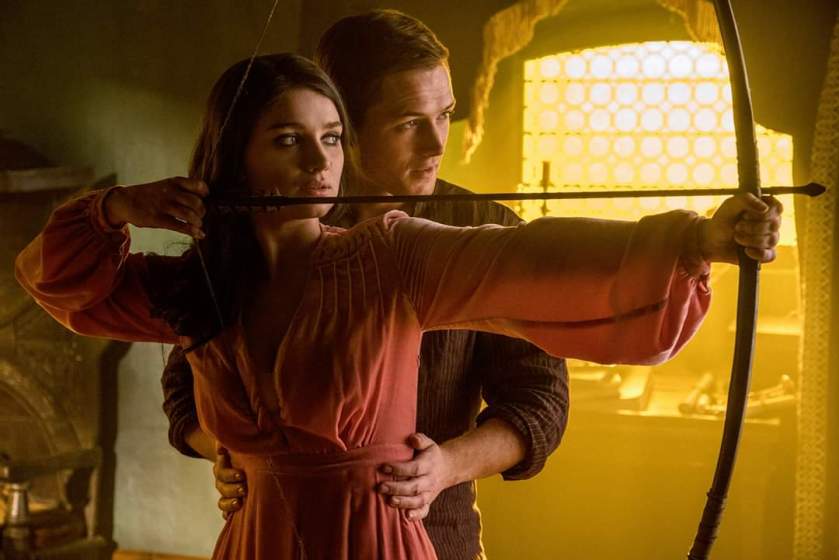 Robin Hood? Robbin’ me of two bloody hours, more like.
🌟🌟