As the song goes, Everything Old Is New Again and as Roger Moore shuffled off into the James Bond retirement village to smoke cigars and make inappropriate comments to the nurses, a new breed of Bond stepped up to take his place.
This new Bond (portrayed by Timothy Dalton) was supposed to hearken back to a more grittier iteration with much less winking at the camera, much less goofiness and, presumably, wouldn’t see such scenes as Bond defeating an opponent with his urine sample (thanks for that, Never Say Never Again…).
However, in an effort to bring the agent up to date with the changing times, producers aimed to reduce something Bond was even more infamous for and that was his wandering, insatiable libido – revoking his License To Thrill, you might say. So did this more serious, monogamous 007 resonate with audiences or were we due for another lukewarm response for a Bond actor who wasn’t Moore or Connery?

After MI6 learns of a Soviet plot to reinstate the old KGB policy of Smiert Spionam (“Death To Spies”) they step up their mission to liberate self satisfied defector Georgi Koskov out of Russia. However, as Koskov attempts to give out information about the KGB’s new boss in an English safehouse, an enemy agent with a nice line in exploding milk bottles kidnaps Georgi back after a suprisingly violent kitchen scrap. Meanwhile, Bond, in an attempt to figure out what is going on, plays catfish with Kara, Koskov’s cellist girlfriend by posing as her boyfriend’s best bro and gets her out of Russia. Discovering that the former general’s defection was actually a steaming mound of money making bullshit in order to fire up another world war for profit, Bond and Kara end up in Afghanistan and help the Mujahideen freedom fighters while simultaneously trying to stop Koskov and his arms dealing, business partner; gun toting, war nerd Brad Whittaker. Can Bond halt arms deals, opium trades, ticking bombs and hitmen who murder people with their Walkmans in order to bring a steady peace between East and West while simultaneously building a healthy relationship with a woman he’s been lying to the second he met her? 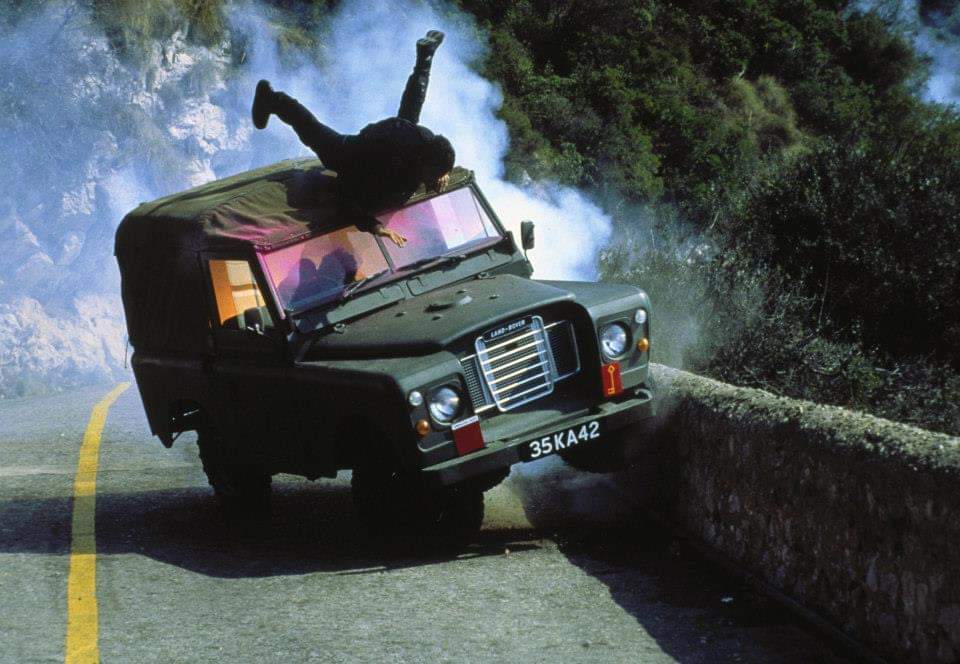 I personally have had quite a soft spot for The Living Daylights as it was the first Bond movie I ever saw on the big screen and therefore was the first time I got to view the stunts and artistry outside the limitations of the pan and scan versions seen on TV at the time. Scenes like the pre-credits sequence which involves Bond tackling with an assasin during a training exercise in Gibraltar by blowing him up in an airborne jeep and a massive battle on a runway in Afghanistan finally introduced my little eyeballs to the true scale and grandeur of the franchise, not to mention a new James for an new generation. This was a very different type of Bond to the one people were used too, one who spent the whole movie actually wooing this movie’s single Bond girl instead of charging in lips and groin first. In fact there’s nice parallels with the Bond played by George Lazenby that only got one outing and the current incarnation played by Daniel Craig as all three played the character as something approaching an actual human being but some audiences balked at a Bond who didn’t shag his way through the female population of a country twenty minutes after he arrives. It’s a shame because while his voracious, sexual appetite IS admittedly a big part of the character, to rate a film solely on the conquests of it’s lead is not only short sighted but also sounds vaguely like a complaint about lackluster porn.
Dalton, after all, was a classically trained actor who was looking forward to sinking his teeth into a strong dramatic role and who would look no less silly dressed in a yellow spacesuit that Sean Connery who have if he’d appeared in Moonraker instead of Moore. However, an argument could be made that Dalton maybe took his job too seriously, spitting out Bond’s pithy comebacks and one-liners with an air of disdain like he’s trying not to choke on them – or even worse, embarrassed by them. But where Dalton may arguably lack Moore’s comedic touch or Connery’s animalistic charisma, he excels in pulling off Bond’s killer instinct as he short tempered-ly wades through the numerous action sequences with a steely eye, a clenched jaw and and the occasional, stinging head-butt. When not delivering a well placed Glasgow kiss onto the noses of unsuspecting goons, Timothy seems to really relish getting his hands dirty with all the un-herioc spy shit. You couldn’t imaging Sir Roger being sent to assassinate someone in cold blood either with a sniper rifle or face to face with a silencer but Dalton seems to be up for all it, stripping a terrified woman half naked to distract a bodyguard or shattering the forearm of an abusive prison guard, he manages gives 007 some of his edge back. In fact Timothy’s second crack at the character in Licence To Kill would be far more representative of what he hoped to bring to the franchise but there’s still much to enjoy in this thoroughly respectable entry.
Returning director John Glen in his 5 movie run of the franchise had somewhat an unenviable time of it – first marshalling an aging Moore to his retirement and then having to reinvent the wheel with a new actor – but his movies were always crisp, perky affairs; always well shot and cleanly edited and The Living Daylights was certainly no different. Memorable scenes like a good old fashioned car chase, laden with more gadgets than Batman’s cod piece or an astounding sequence where two stuntmen, who must have been legally out of their minds, dangle from a net hanging out of the back of a plane while they proceed to kick each others heads in.
However, as fairly entertaining as the film is (complete with admirable attempts to balance the changing times between superpowers) it simply feels too long, with the third act trip to Afghanistan and a team up with the Mujahideen dragging things out a bit – although it handles the whole thing with far more dignity than Rambo III did a year later (although that’s not exactly hard…).

Add villains and a female lead that can hardly be labelled memorable (Maryam d’Abo’s Kara is essentially nothing more than a wide eyed, manipulated, civilian and has virtually nothing to add beyond her girlfriend status) and The Living Daylights ends up being strictly mid-level Bond with mostly it’s newly minted, yet sadly underappreciated lead and superlative stunts to recommend it.
🌟🌟🌟