The dictionary describes the word “parasite” as an organism that lives in or on an organism of another species (its host) and benefits by deriving nutrients at the other’s expense. Bearing that in mind, Parasite is the latest film from Korean genius Bong Joon Ho, who has bequeathed unto us yet another darkly humorous classic that amuses and haunts in equal measure.
Focusing on the subject of the class divide and who exactly is feeding off who in a far more subtle way than his 2013 american dystopia-on-a-train cult sci-fi, Snowpiercer; Parasite is a remarkable modern parable about greed that changed the Oscars to stunning effect by being the first non-English language movie in history to win best movie.
And WHAT a movie.

We meet the destitute Kim family as they go about their daily struggle to find income and a decent wifi signal in their shitty below ground apartment which also seems to draw urinating drunks like magnet. The family, while struggling to find full time work, are smart, resourceful and incredibly sly and one day, son Ki-woo gets a lead from a friend about a wealthy family looking for a tutor for their daughter. Being more than smart enough but lacking the proper qualifications, his sister, Ki-jeong forges the correct paperwork and next thing you know, Ki-woo is employed by the Park family. While in their employ he hears from the naive Mrs. Park that they are on the lookout for an ” art therapist” for their restless son and so Ki-jeong poses as “Jessica” and gets the job. With two members of the Kim clan firmly lodged in the Park’s employ by false means, it’s only a short time before they’ve managed to get Mr. Park’s personal driver sacked and their father, Ki-taek employed in his stead and that only leaves them to get entrenched house keeper Moon-guang ousted in favour of their mother Chung-sook.
Inevitably, this happens and the entire family is in the employ of the Parks almost entirely through underhanded means. When the Parks – who still have no idea that all of their new employees are all related – go away on a camping trip, the Kim’s desire to move into their luxury place and live the high life for a while but a rot is starting to spread on the outskirts of their idealistic plan. For start, Ki-taek is starting to resent his boss in a steadily building bottle-neck of jealousy, secondly, and more worryingly, while the Kims are having a good time, old housekeeper Moon-guang returns to the house, begging to be let in…. 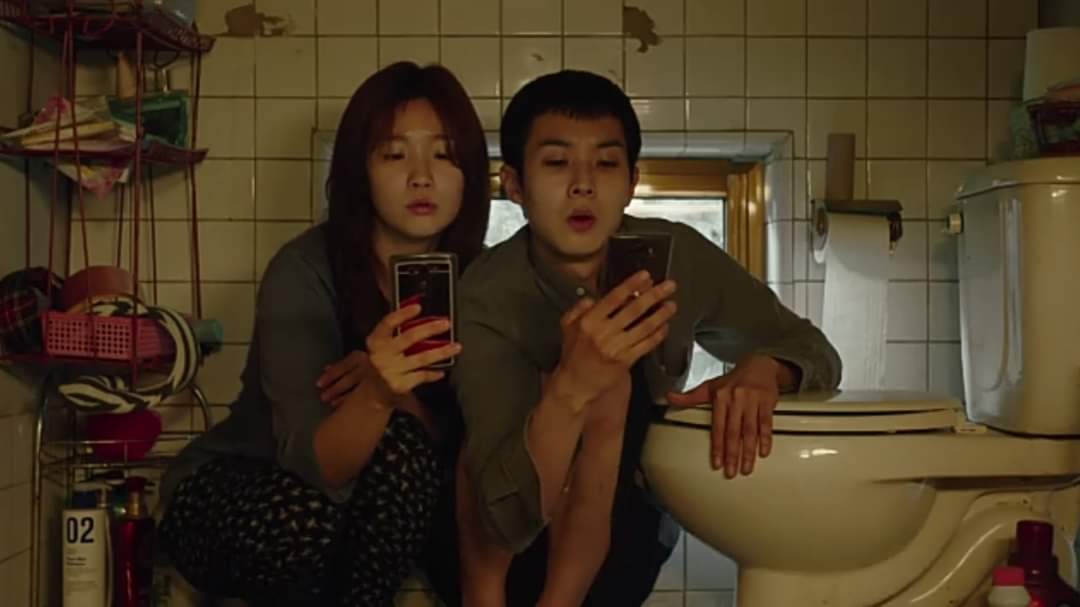 This is where I’ll stop the synopsis, because to truly feel the full power of watching Parasite, you really have to go in knowing absolutely nothing about the second half of the movie as the twists and turns come thick and fast, not only constantly altering your perception of all the characters involved but changing the very genre of movie you think you’re watching. In turns wry, funny, shocking, creepy, thoughtful and sad and with a boundless energy that seeps out through the screen, if I HAD to describe what kind of film Parasite is (apart from “fucking excellent”) it would be that of a dark farcical comedy that fantastically refuses to sit still for a single moment.
I first happened across Bong Joon Ho’s work with his magnificent, satirical monster movie The Host and aside from the aforementioned Snowpiecer, I’m ashamed to say that’s all of the South Korean auteur’s work I’ve exposed myself to but you can be assured that this is about to change.
As frustrating as it is that I can’t go into the film more deeply (trust me, you’ll thank me), it’s not only hefting more than it’s fair share of surprises (an interesting use of a peach) and memorable scenes (Shittiest. Birthday. Ever.), it’s also incredibly emotionally balanced with none of the featured players techincally the “bad guy” and is guaranteed to stir up debate on not only concerning the rights and wrongs of all those concerned but what the meaning of the title truly means. 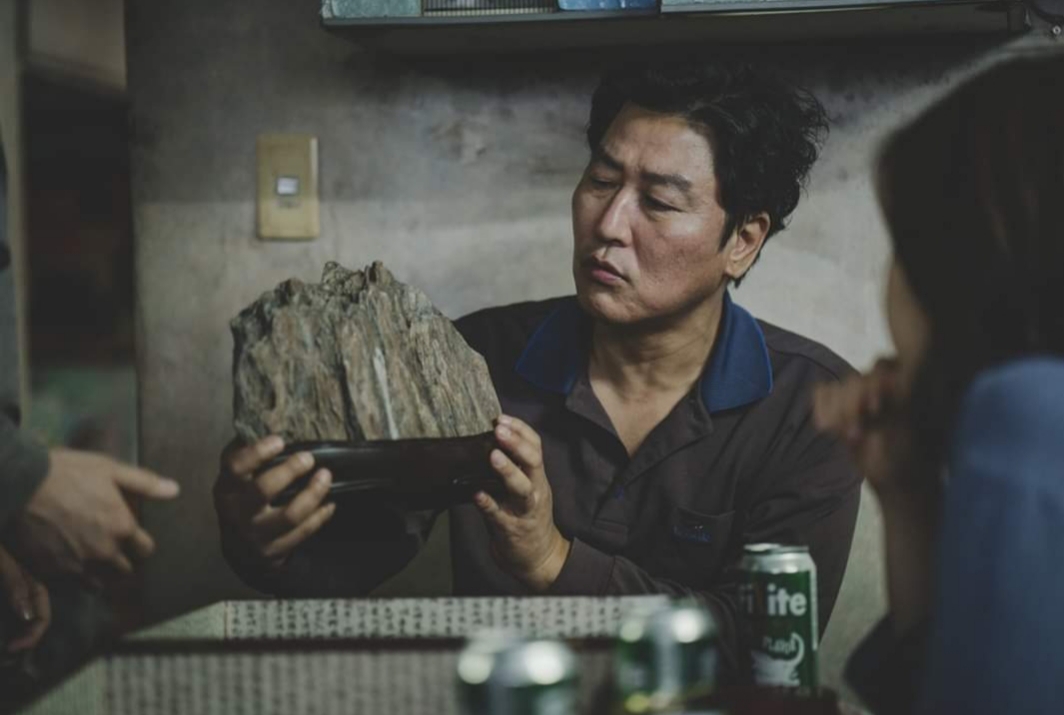 All the performances are exemplary with Cho yeo-jeong a stand out as the high maintenance Mrs Park and the film truly deserves every single award that’s been lavished on it.
Parasite is a movie that fittingly feeds on you for days, or… do you feed on it?
Unpredictable genius.
🌟🌟🌟🌟🌟