We currently live in a time where women are thankfully starting to see more varied roles both in front and behind the camera and it’s arguably been most noticable in the superhero genre. With the likes of Wonder Woman, Captain Marvel and Harley Quinn busting blocks as well as the bridge work of various bad guys, I guess now would be an opportune time to remind us of the days when things weren’t quite so balanced…
Two years after 2003’s aggressively “ok” version of Daredevil, we got a spinoff dedicated to Marvel’s premier sash wearing assassin, Elektra featuring a encoring Jennifer Garner being the sole returnee presumably because everyone else was either too expensive or simply not interested.
After viewing the results – I’m sort of inclined to think the latter.

The last time we saw Elektra Nachios she was being rudely skewered by a card flinging lunatic Bulleye who managed to counter her sizable martial arts prowess by overwhelming her with the sheer scale of his overacting. However, this is a comic book movie and catching a pesky case of irrevocable death is pretty much the same as glandular fever: meaning you’re out of the game for a while but you’ll shrug it off sooner or later. Sure enough, what turns out to be a great remedy for being deceased is being trained by a secret cabal of ninjas as a child who know the ancient arts of resurrection – handy that.
These good ninjas, The Chaste, subsequently resurrect Elektra as a weapon to use against a cabal of evil ninja known as The Hand but she is thrown out of the order for being too brutal and not being pure of heart (apparently The Chaste thinks that beggars CAN be choosers…) and so she makes a living as a notorious assassin with an almost supernatural reputation.
Her latest job takes her to a secluded island where she awaits her next targets but she instead comes into contact with budding, teenage kleptomaniac Abby and her father as forms a bond with them against her better judgement.
However, things are predictably not what they seem as Abby has a sizable secret which puts her square in the middle of this ages old conflict and Elektra has to play reluctant hero AND big sister while fending off the super powered agents of The Hand led by the impulsive Kirigi. 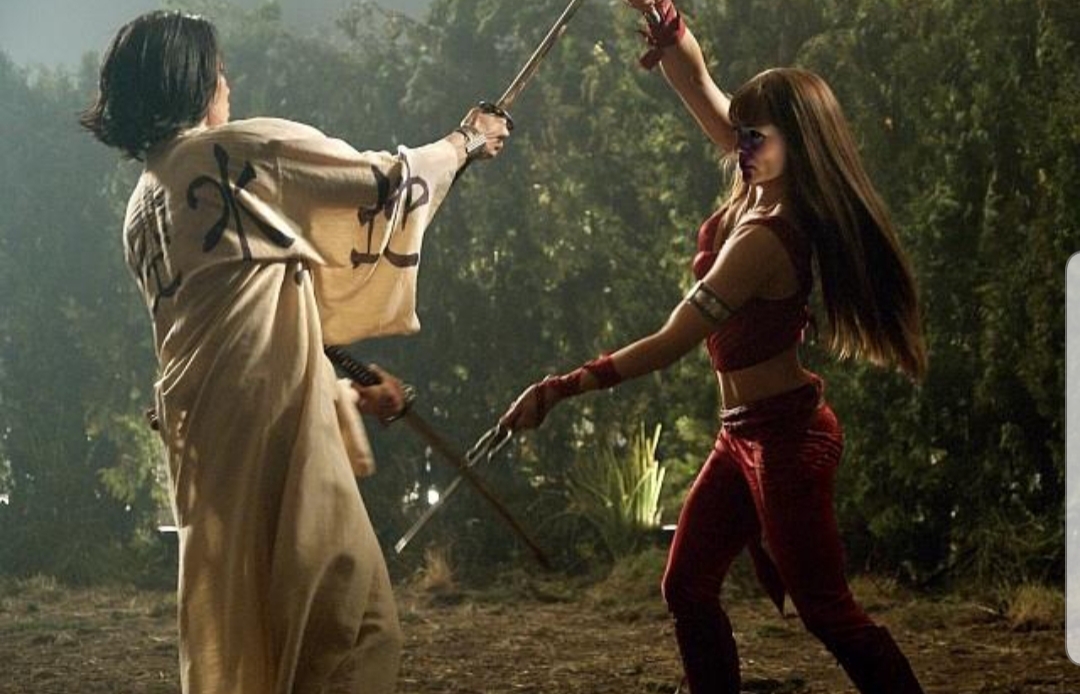 Now, just so we’re all clear, Elektra isn’t quite so hateful as other attempts to bring a female chromosomed solo movie to the screen (Halle Berry’s Catwoman, I’m staring daggers at you), and while Garner has to wear something vaguely approximating a comic-accurate costume (well… she’s wearing red), the design smartly steers away for her classic look which faintly resembles a sai twirling pole dancer. That being said, it still somewhat sucks when it comes to practicality – what self respecting hitwoman would run around in the snow wearing a low cut corset that shows off her belly; do the good ninjas have a mystical cure for the common cold too? There’s also that faintly annoying plot trope that the female character has to soften or change by the movie’s end to satisfy some need for an arc and her attraction to Abby’s father feels stale and forced and insultingly feels like it’s being suggested that Elektra’s independence is something that needs to be “fixed”. One character even off-handedly enquires if she gets laid, trying to get his head around trying to understand Elektra’s icy exterior which is surely the “you should smile more” question blown up by a thousand.
While we’re on the subject of stereotypical… It’s also somewhat jarring that all the good ninjas are portrayed by white people while “sinister” asians chiefly make up the Hand but this was still early days in the golden age of superhero flicks so upcoming films like Shang-Chi should address and balance this matter.
But what of the actual movie? Well, just because I’ve seen worse doesn’t mean Elektra isn’t bad and there’s really no excuse for a movie about a death-defying ninja warrior fighting mystically powered enemies to be quite this dull.
The movie casually breezes through all of it’s exposition and plot with all the urgency and drive of an opium den during happy hour and everytime the film seems in danger of actually becoming cool, it slams on the breaks, continually and frustratingly grinding things to a stand still which is a shame because here and there the movie shows little flourishes of promise. Despite the odd decent action sequence or a particularly impressive visual (the film occasionally riffs on the kind of bright coloured look popularised by Crouching Tiger, Hidden Dragon), director Rob Bowman (Reign Of Fire, The X Files Movie) can’t seem to breathe life into a script that has virtually no momentum despite the impressive efforts of leading lady Garner who is saddled with a half hearted OCD subplot.
The film eventually collapses under the weight of way too many filmmaking choices that choose to frustrate instead of excite; a massive one being that the movie has one of the least effective rogues galley in CBM history.
It’s never explained why the bad guys are so embarassing easy to kill – one idiot with unbreakable skin gets iced simply because he wanders under the path of a toppling tree and another has the power to control sheets… or something – and watching this ninja version of a poor man’s Brotherhood Of Mutants get their arses handed to them with a minimum of effort is frankly quite boring.
In closing, the whole thing reeks of contractual obligation – a studio trying to capitalize on a trend by trying to wring as much life out of a property while putting in as little money and resources as they can. And boy does it show. 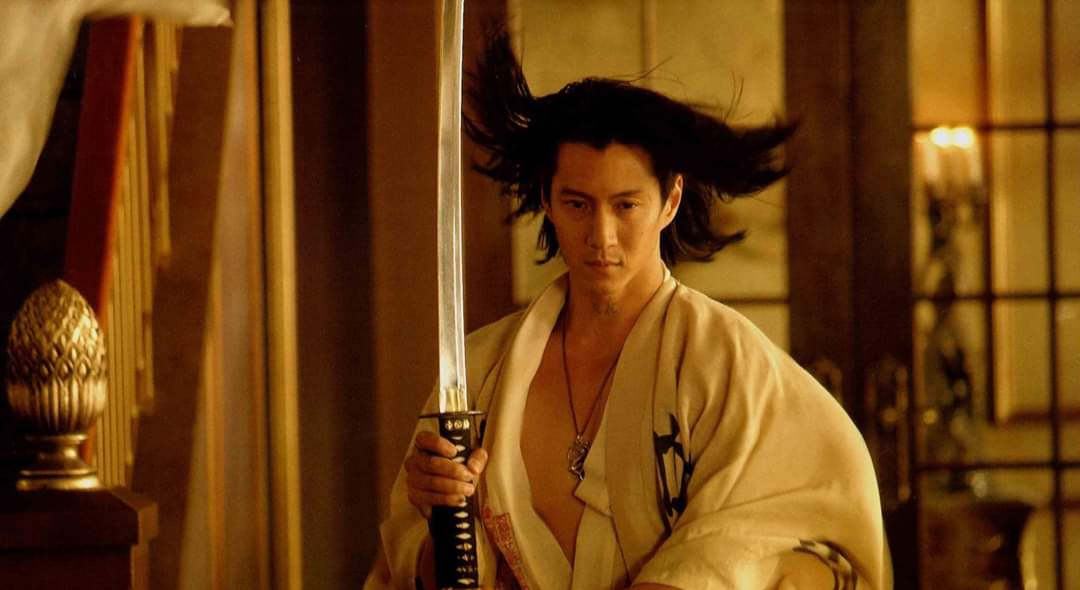 Any fan of the character (or of comic book movies in general) will surely expel a heavy sai in disapointment.