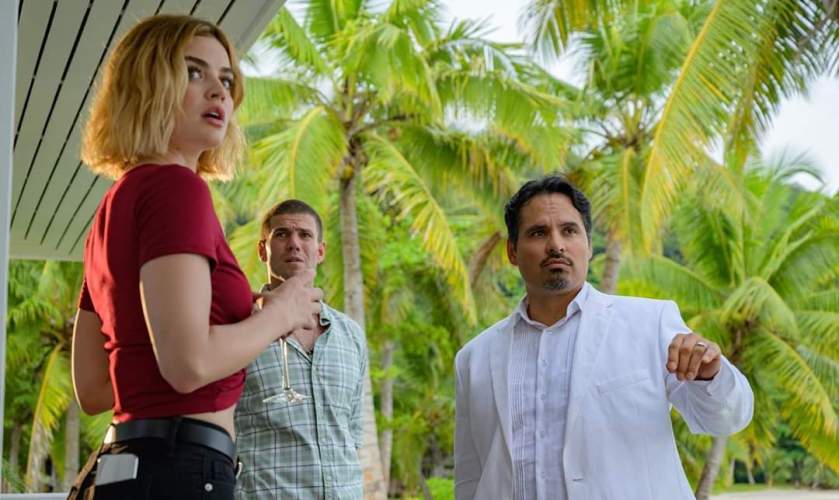 The concept of taking an old cult TV show and flipping the genre around is nothing new. Just take such movies such as 21 Jump Street, Baywatch and Dark Shadows which were turned into madcap comedies as a way to translate their “cheesiness” into a movie for modern audiences – but it’s genuinely stunning that not more shows are morphed into other, more varied genres such as horror.
Enter Blumhouse pictures – slamming out yet another high-concept release barely a week after their last one debuted – with the release of Fantasy Island. The original show focused on the dapper Ricardo Montelbán and his excitable man servant Hervé Villechaize who would look on as people would be flown to their titular area (steady now…) which made all their dreams come true while simultaneously teaching them a valuable life lesson. While the world wasn’t exactly screaming for a big budget retooling of the show, we have to remember that precisely no one asked for a CHiPS reboot either and yet here we are… and that ALSO came with a side order of Michael Peña.
A group of disparate, confused people arrive at Fantasy Island, a picturesque resort run by the charismatic Mr Roarke, who informs them that they’ve all won a competition in which the prize is a stay where all their most fondest wishes will come true. Everyone assumes that this is just a gimmick and that role play, holograms or something will be involved to achieve this rather bold claim but Roarke insists that the island has mystical powers. Soon enough the group start to experience first hand what the island can do with each member living out a scenario that feel totally real with jack-ass step brothers getting to live out a life of unfettered wealth and unlimited partying, a cop wanting to see some military action, a woman wanting a second chance of happiness and a girl who wants to get revenge on a childhood bully. As the five indulge themselves, they start to realize that every fantasy (suprise, surprise) has it’s flip side with the step brothers, for example, finding out the hard way that all that wealth has to come from somewhere and it’s usually nowhere good. Sooner or later all their fantasies start to crash into and bleed into each other and everyone starts to wonder if there’s something other than winning a mysterious competition that connects them all… 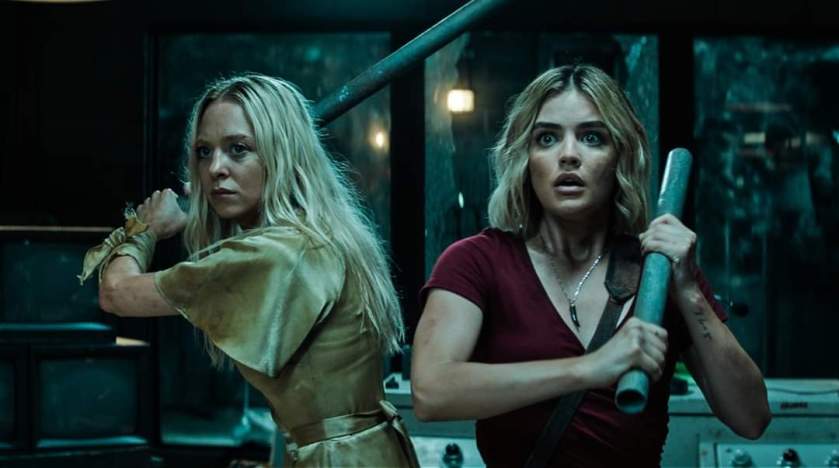 If you think that the round-shaped idea of taking an old TV show and then trying to squeeze it into the noticeably square shaped hole of the horror genre is conceptually stupid, you may be surprised to find that Fantasy Island is, for the most part, actually quite an undemandingly fun romp. Knowing full well that virtually everyone who goes to see this movie will be furiously under-estimating the crap out of it, the filmmakers amusingly use that to their advantage by playing up the dumb until slinging out some suprisingly neat little twists around the halfway point as the various fantasies start to converge. Director Jeff Wadlow (Kick Ass 2) keeps things colourful and perky (not hard to do as it’s practically impossible to make a tropical island look anything less than ravishing) and the cast, while not required to stretch themselves much, seem to be enjoying themselves while running from monstrous surgeons, tar-eyed zombies and the abominable accent of Kim Coates’ drug kingpin.
Maggie Q does the most of the heavy lifting with her self loathing character desperately trying to turn her life around, Michael Peña keeps the Ricardo Montelbán fires burning by insisting on pronouncing it “Fun-tuss-ee Island” literally whenever he can and we even get a Mchael Rooker cameo for no extra charge, but even though the film is so undemandingly silly, it’s hideously messy finale undoes a lot of the goofy goodwill.
Cruising casually toward a thoroughly decent three star rating, Wadlow slams the whole movie into a last minute hand break turn with one twist too many which is handled so irredeemably sloppy, it actual had me moan “Oh, fuck off!” at the screen as the film buries itself six feet deep only five minutes from the finish line.
Again, as with a lot of Blumhouse’s output, a nod of gratitude is in order thanks to a group of characters that include a nice line in diversity but the finished product is nowhere near as smart and game changing as Get Out or The Invisible Man.
Intended as lightweight thrills and spills but barely achieving even that thanks to that eyeball rolling final twist, you cant help but wonder if anyone else will try to give a horror facelift to any other classic TV shows (although you could argue that The Cosby Show has retroactively has become exactly that) but I feel like a horror do-over of ALF would be something my obviously masochistic psyche would be totally up for. 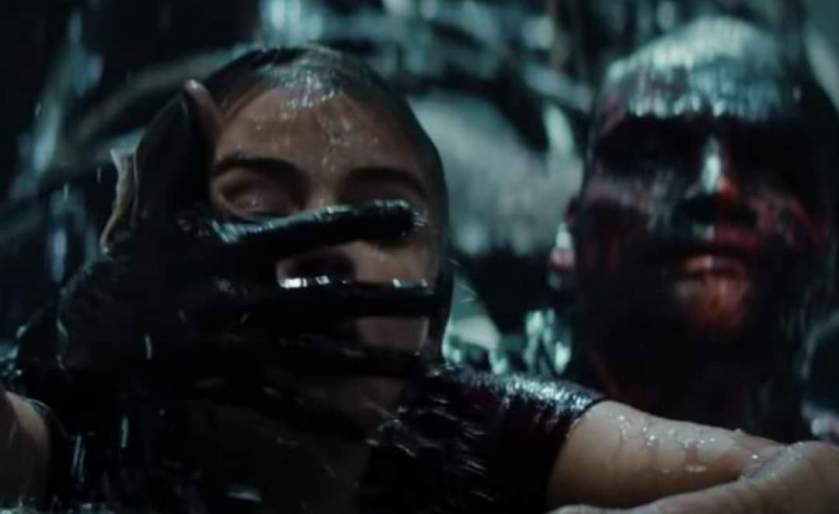 Fantasy Island may not be everything (or anything) that you dreamed of, but for the most part it’s reasonably watchable despite it’s clumsy climax taking somewhat of… atoll.
🌟🌟